We had presentations on development stories of the four different regional RENCOPs established and managed in Co2mmunity project. Also, future-oriented discussions blossomed, and agreements were achieved. A draft of the Co2mmunity RENCOP ROADMAP was presented.

The detailed programme of the meeting is presented in Figure below: 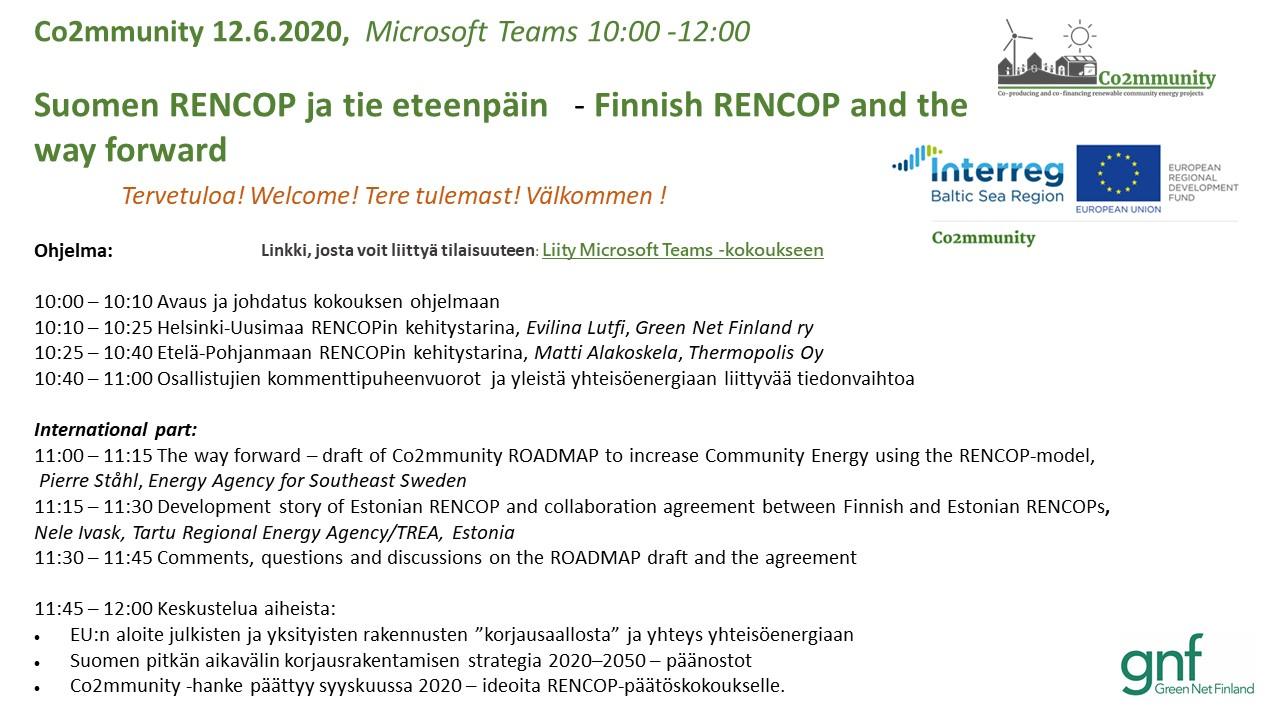 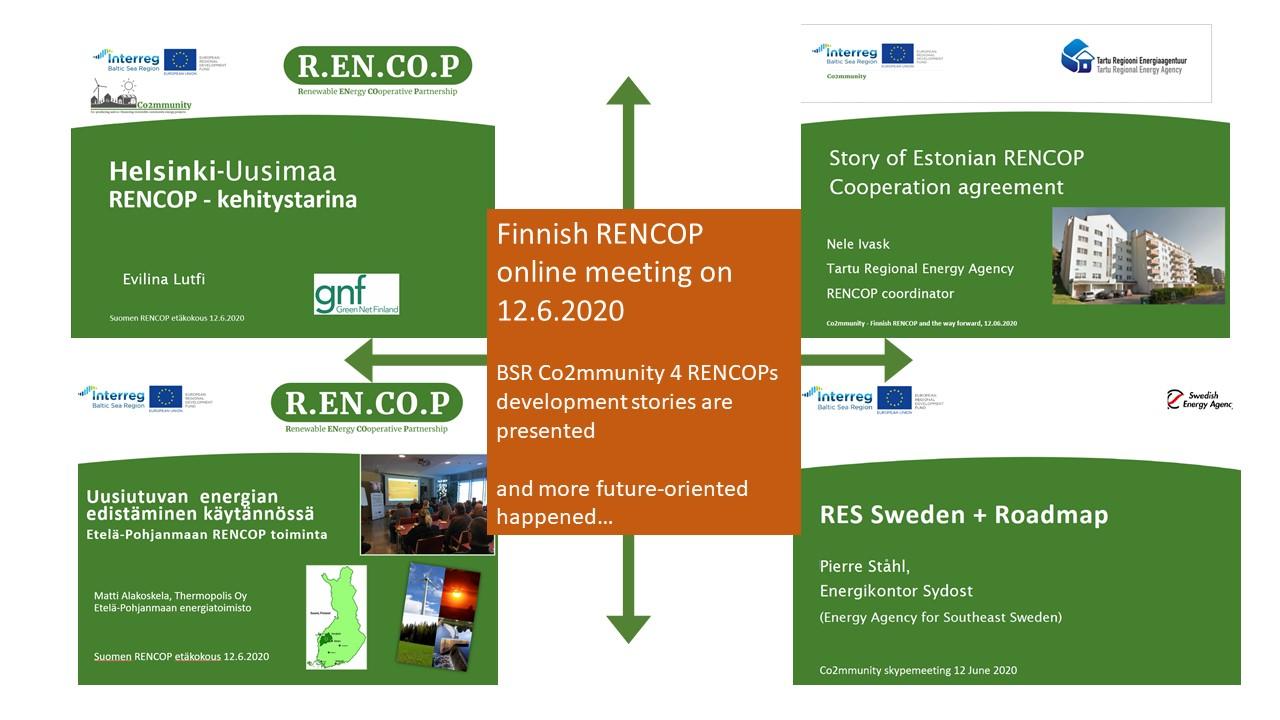 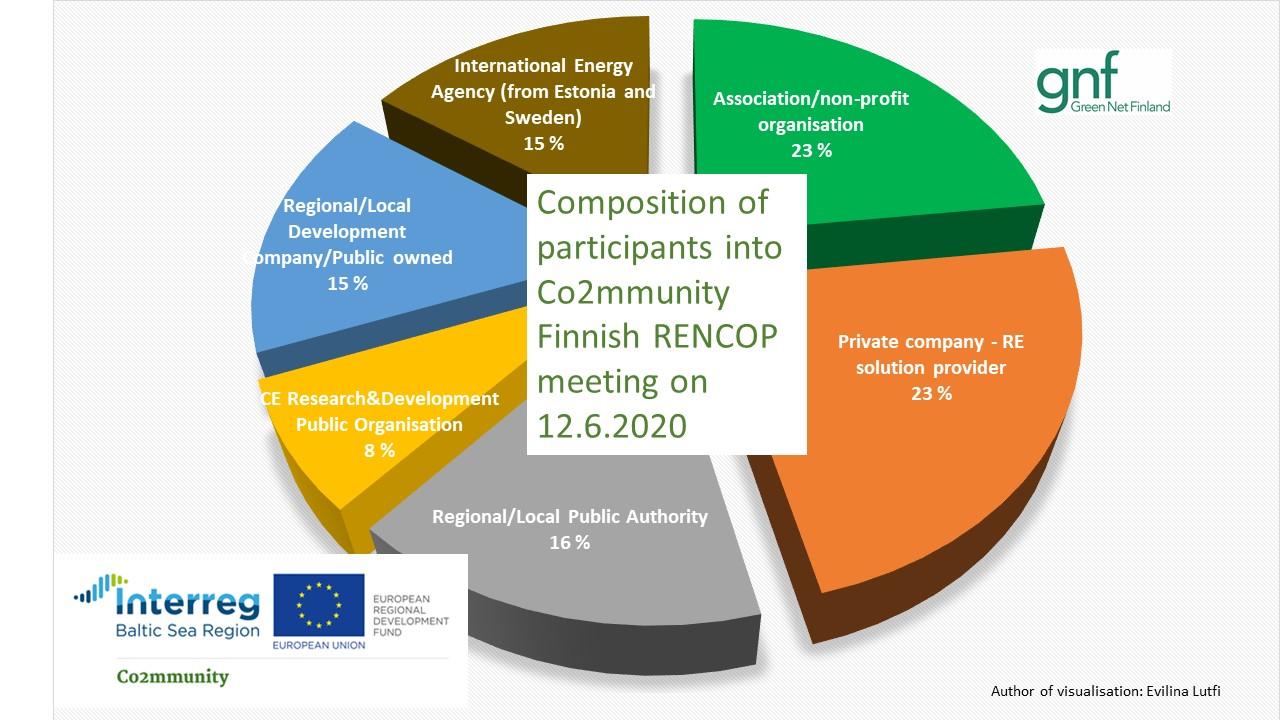 On the meeting it was agreed:

Co2mmunity project will come to an end in September 2020. But we still have a lot to do and lots of energy and passion left to do it. The final meeting of the Helsinki-Uusimaa RENCOP is planned for the end of September. In summertime we plan to start compiling and summarizing the main findings, lessons learned and other practical matters into one online publication (in Finnish). We hope that the publication will help average citizens to understand benefits of community energy and help making decisions on investments into renewable energy hybrid systems.

You can find out more about which cookies we are using or switch them off in settings.

This website uses cookies so that we can provide you with the best user experience possible. Cookie information is stored in your browser and performs functions such as recognising you when you return to our website and helping our team to understand which sections of the website you find most interesting and useful.